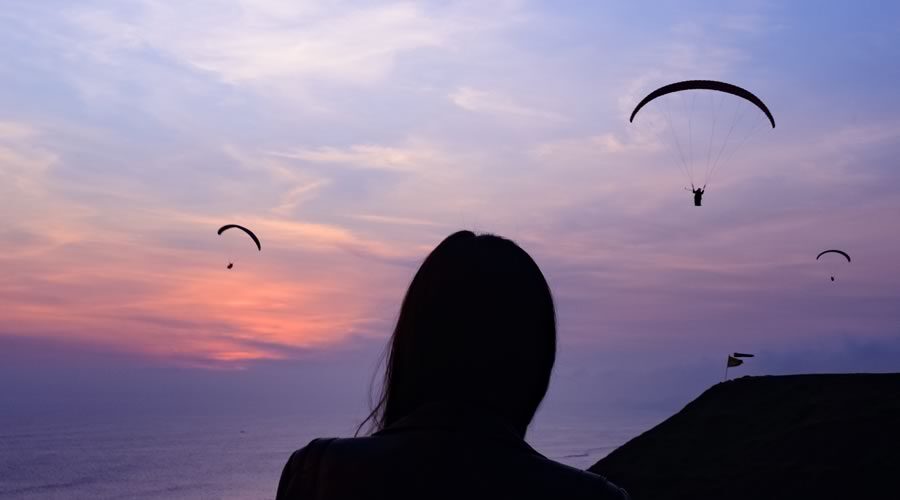 Is there any risk here? Actually, no, not at all with Ying Yang Travel. You ask why?

It’s a common misconception that paragliding is a risky activity. Even pilots with years of experience flying have never seen anything more catastrophic than a twisted ankle during a landing in the Yin Yang Travel paragliding crew. Of course, adventurers who acquire used equipment (and there should not be a second-hand idea in parachute, whether it expires in 2 years, that parachute should no longer be utilized) incur greater dangers as solo pilots. However, this isn’t about sports per se. It’s all about the pilot in this situation. As a result, flying with established businesses and their skilled pilots is the safest and most sensible choice.

So, the chances of being involved in a paragliding accident are drastically decreased.

Fethiye Oludeniz paragliding prices range from $ 150. While price disparities across firms may be variable, we may say that this is about average when seen as a whole. The trip includes rides to the Babadag runway. For picture and video shoots, you can pay extra.

Is paragliding costly when you consider the money spent on equipment, instruction, and experience gained by the pilots? We have the authority to say no.

When comparing paragliding prices at Oludeniz, Turkey, it’s important to consider the safety, experience, and equipment dimensions since they might vary widely.

Flying begins and continues with the help of wind. However, if there is too much wind, takeoff may be problematic (or impossible). Thus, our experienced pilots begin their flights in mild weather—often in winds that look too calm to people inexperienced with paragliding—and then acquire speed by sprinting down the slope before gliding to their destination. This means that days with medium to moderate winds are better for paragliding.

#4: Parachutes are built to endure a lifetime.

A paraglider is lightweight, agile flight equipment instead of a material that must be cleaned and reused year after year. As it’s constructed of nylon and durable plastic material, the glider will eventually wear out.

Use of a parachute can last anywhere from 3 to 6 months, depending on how frequently you fly. And this time frame is set by the Turkish Air Association. So, there are a couple of seasons to talk about. The danger increases if you take more than the recommended number. Paragliding, as previously said, is essentially risk-free. However, people and the variables they influence do present a threat. As a result, we may advise you to only engage with travel agencies that are subject to regular audits. 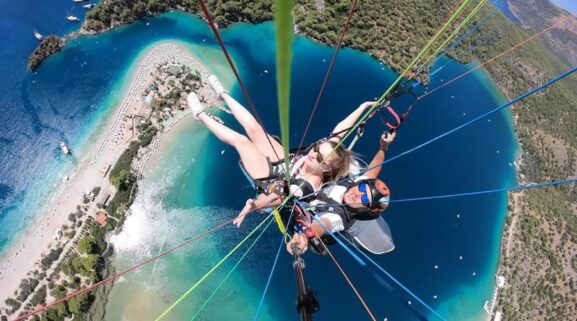 Paragliding in Fethiye, which is world-renowned, is the first choice for people who wish to get a bird's eye view 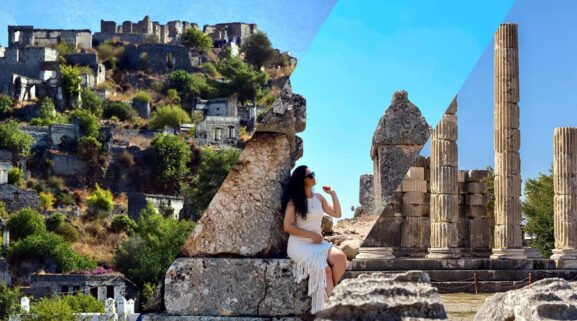 With its beach and lagoon, Ölüdeniz has already established itself as a natural wonder. The clear blue sky above this

English
English
简体中文
Русский
We may use cookies for service quality. By entering Yin Yang Travel, you are deemed to have given permission to use it.
Accept
Manage consent

This website uses cookies to improve your experience while you navigate through the website. Out of these cookies, the cookies that are categorized as necessary are stored on your browser as they are essential for the working of basic functionalities of the website. We also use third-party cookies that help us analyze and understand how you use this website. These cookies will be stored in your browser only with your consent. You also have the option to opt-out of these cookies. But opting out of some of these cookies may have an effect on your browsing experience.
Necessary Always Enabled
Necessary cookies are absolutely essential for the website to function properly. These cookies ensure basic functionalities and security features of the website, anonymously.
Functional
Functional cookies help to perform certain functionalities like sharing the content of the website on social media platforms, collect feedbacks, and other third-party features.
Performance
Performance cookies are used to understand and analyze the key performance indexes of the website which helps in delivering a better user experience for the visitors.
Analytics
Analytical cookies are used to understand how visitors interact with the website. These cookies help provide information on metrics the number of visitors, bounce rate, traffic source, etc.
Advertisement
Advertisement cookies are used to provide visitors with relevant ads and marketing campaigns. These cookies track visitors across websites and collect information to provide customized ads.
Others
Other uncategorized cookies are those that are being analyzed and have not been classified into a category as yet.
Save & Accept